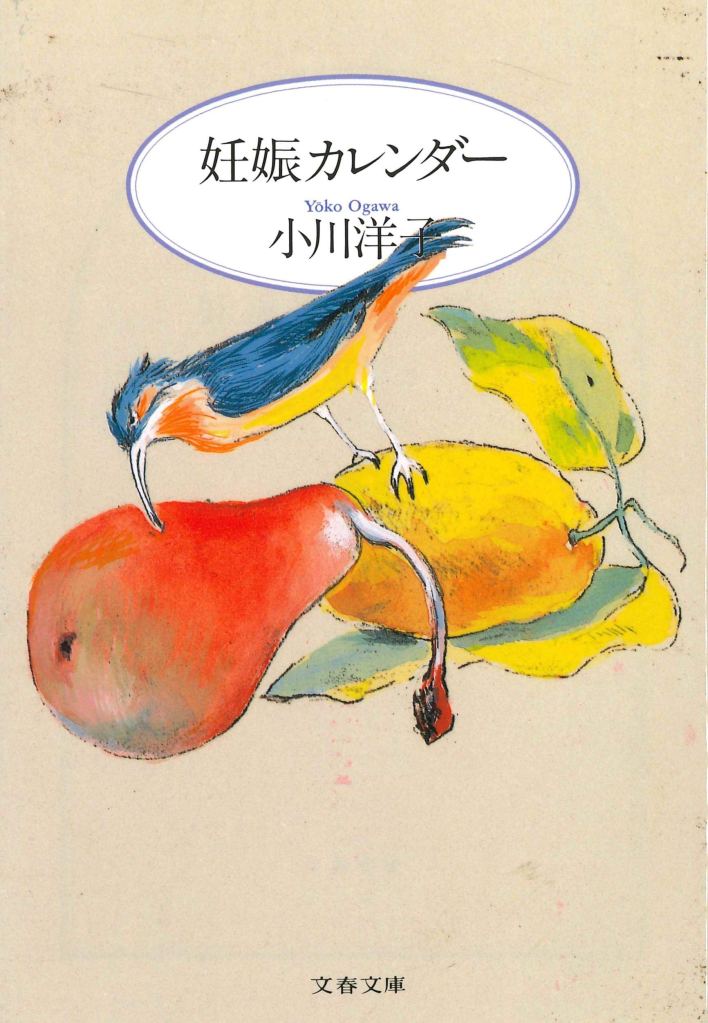 In 1990, Ogawa won a biannual literary award called the Akutagawa Prize (芥川龍之介賞) for this novel. The Akutagawa Prize is considered one of Japanese’s most prestigious and sought after literary awards. When picking this novel, I was a little bit intimated due to its award winning status. Usually when I pick books based off of awards, I tend to stick to the Bookseller’s award as it seems more accessible. It is true to some extent and this book will be a vocabulary tester as words are used in surreal ways to describe normal situations.

END_OF_DOCUMENT_TOKEN_TO_BE_REPLACED

Recently Seo Maiko(瀬尾 まいこ)’s words have really made their way into my heart and she has become my favorite author. Heaven is Still Far Away(天国はまだ遠く) is the first novel’s of hers that I have read. I purchased it off of Kinokuniya’s USA online site for $9.99.

END_OF_DOCUMENT_TOKEN_TO_BE_REPLACED

Reading Multiple Books at a time

If your goal is just picking up a book and reading, then I think reading from random books based off of your mood will help to to reach that goal. But maybe try to think about what is tempting you to read multiple books at the same time.

What makes you want to take a break from a book?

Are you bored of the story?
Is the vocabulary too hard for you?
Too many cultural references that you are unfamiliar with?
Are you just not into the writing style?
Just looking to switch things up?
Do you have more fun reading this way?

END_OF_DOCUMENT_TOKEN_TO_BE_REPLACED

I had a hard time deciding whether to review this novel or not. Yoshimoto’s Kitchen is famous in both Japanese and English. It is often recommended for beginners and is the go to recommendation for those who are looking to get into the world of Japanese novels. I reread the book, took some notes, and really thought about whether or not I would be able to add anything of value to the discussion on this book. Then it hit me, while I love this novel, I do not think that this is a good book for beginners. I will get more into why I think so in my review below as well as offer some alternative suggestions for those looking for a good first book.

END_OF_DOCUMENT_TOKEN_TO_BE_REPLACED

This is a review of the novel The Witch of the West is Dead(西の魔女が死んだ) by Kaho Nashiki(梨木香歩).  This is a young adult novel that really high lights that fact that juvenile fiction isn’t always easier then regular novels from the language learners perceptive.  I do not recommend that this be any language learners first book.

I bought this book while I was visiting my partner’s parents in Osaka at Book-Off.  I have seen the book a few times and the very easy to read title and cute cover stuck out to me.  It was only 100yen so I decided just to pick it up and opened it up for the first time this year. I was inspired to read this story due to the fact that a Japanese blogger I watch often mentioned it as being one of her favorite books.

END_OF_DOCUMENT_TOKEN_TO_BE_REPLACED

Here are a few thoughts that I have about reading in general and some tips to make it easier for language learners to start reading or to find new books to read.  I think these ideas can apply to any language.  So if Japanese is not your target language, please just replace that word with your language of choice when reading this article.

END_OF_DOCUMENT_TOKEN_TO_BE_REPLACED

This is a review for the novel Child of the Stars(星の子) by Imamura Natsuko(今村 夏子).  Imamura  is a well renowned author who has won an impressive amount of literary awards.   Child of the Stars won the Noma Literary Prize in 2017 as well as being nominated for the Book Sellers Award in 2018. I looked at this book every single time I walked into Kinokuniya, but never got around to reading it until just now.  I purchased the book on Amazon JP’s online store for 654 yen.

END_OF_DOCUMENT_TOKEN_TO_BE_REPLACED 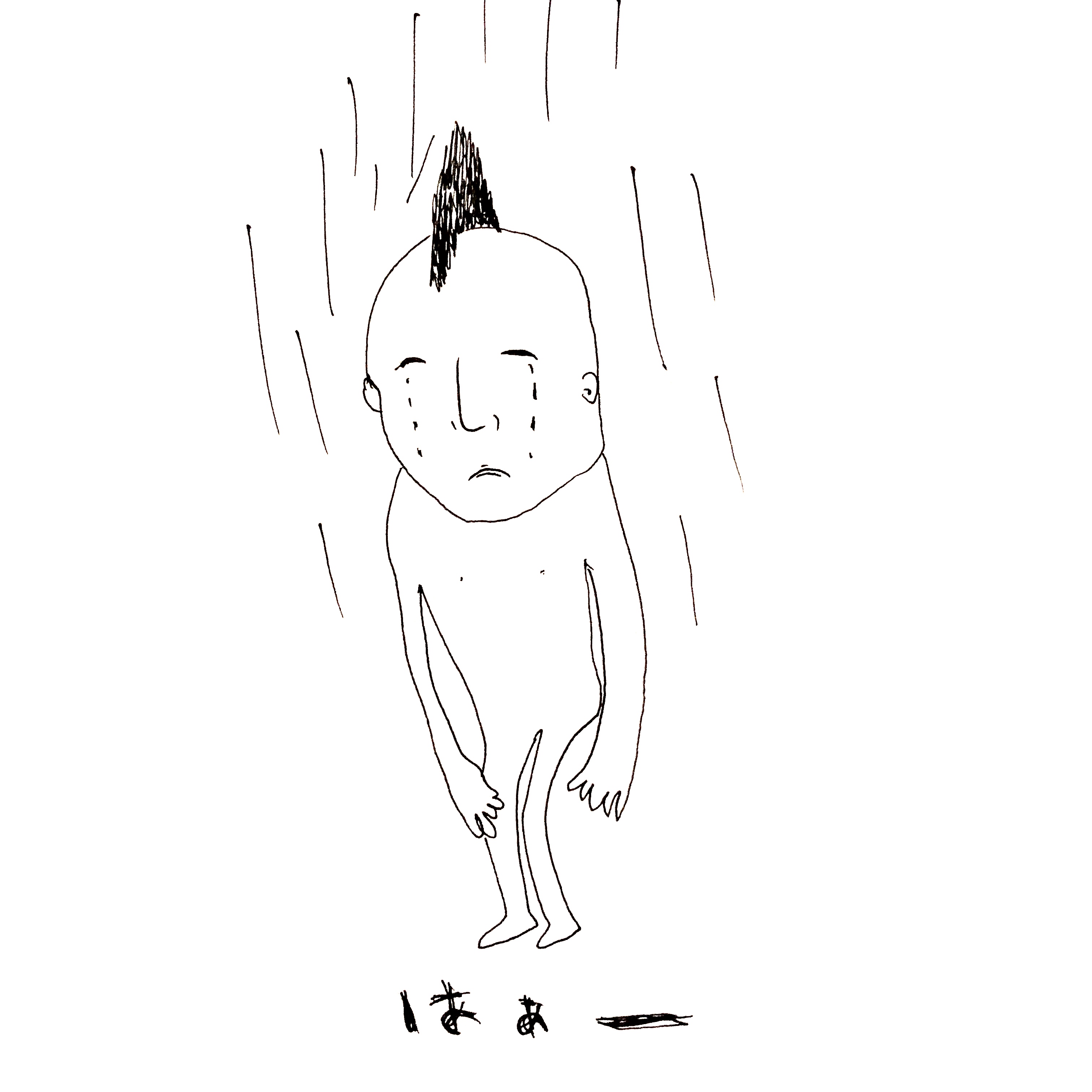 I found this book for free on yomeruba.com. I saw from a post on reddit that this website has been doing campaigns where they have a monthly selection of novels that can be read for free. I decided to read this novel to see if it would be a good choice for beginner students. This is my first time reading a Japanese novel online. I really prefer paper based novels as I love everything related to trees in general. But I really wanted to seek out more beginner reading materials and I am interested in find free materials online to help me with my budget. There are some more expensive hardcover books that I am interested in, but my current budget would only allow me one paperback book per week.

Ive heard of this book series before, but basically it is a collection of short stories with the same theme.  Each story is broken up into sections that would take a Junior High School level Japanese student around a few minutes to read. I think that this format would work well for language learners as well! It is nice that it basically tells the reader a good place to stop. While the description might make it seem like its the same thing as chapters in a normal novel, the timing of these breaks is more consistent.

END_OF_DOCUMENT_TOKEN_TO_BE_REPLACED

I was inspired to write this blog by Peregrinja’s post over on her blog, The Blog of a Reiwan Lady, on her own habit of collecting novels but in Japan and back home.

I am sure that for most people reading this blog, Tsundoku(積読) is a word that you have seen before.  Its basically the habit of collection books but not actuality reading them. The word implies that the book collector had originally planned on, or still does plan on reading the vast amount of books that they have managed to collect.

When I was younger, I was an avid reader in my native language and would read non-stop no matter where I was. My parents really supported my hobby and got my as many books as I wanted. While I had an extremely large collection of books, they were all books that I had read cover to cover and I never really got into the habit of letting books sit around unread. That changed when I moved to Japan. I started feeling guilty about reading books in my native language when I felt that I should have been using that time to focus on my Japanese. This lead to me putting a pause on reading for pleasure for quite a long time.

END_OF_DOCUMENT_TOKEN_TO_BE_REPLACED

So I randomly saw the movie based off of Mitsuyo Kakuta(角田 光代)’s What is Love (愛はなんだ) and fell in love with the atmosphere of the movie.  I have never took an interest in directors before and usually know nothing about them, but for the first time I can say that I am a fan of director and his name is Imaizumi Rikiya(今泉力哉)! 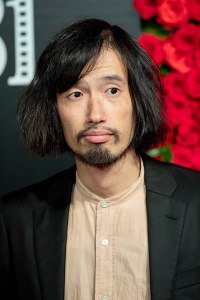 I started watching other movies he has created and found them equally as enjoyable.

I didn’t even realize that What is Love was based off a book until I saw Inhae’s review on it over on her blog, Inside that Japanese Book. I looked more into the author Mitsuyo Kakuta(角田 光代) and she seemed really interesting and has written some award winning stuff so I decided to buy the novel at Kinokuniya’s USA online store for $8.99.

Romantic Horror seems to be the best way to describe this type of story.

This is the story of Teruko Yamada and her process of slowly destroying her life over her obsession with Mamoru Tanaka.  Since the day she met him at a friends party, she started to lose touch with everything else.  Anything unrelated to Mamoru was put in the ‘I don’t care pile’ and left to rot away.  Her work performance started to suffer.  The coworkers that she used to get along with grew distant as she stopped answering phone calls and started coming into work late.  But that was okay with Teruko!  She and Mamoru were doing great from her point of view.  They weren’t official, but they were hanging out, having fun, and she knew things were going somewhere.  He even suggested that she quit her job so that means he was thinking about marriage, right?  She started to live the house wife life and take care of all of Mamoru’s needs. Until he started to feel overwhelmed with Teruko and started to pull away.